after 30 years experiences and tireless efforts, newest PET sheet production line has been made for the first time in Iran with reasonable prices and according to quality similar foreign samples which has been designed by Kajaran engineering’s and designers

Making of PET sheet production line has been originated according to modern technology and has been designed by designing and engineering section, manufactured by production unit of Kajaran.

This production line equips with crystallization system that raw materials can even feed to form of PET flakes in to the both devices with 50 ton volume which the first tank containing a mixer and second one without mixer.

For higher crystallization of materials, blower air is passing along the silicagel containers and cool air oven when reach the air moisture to the least amount. In this process, design is such a way, silicagel is renewed continuously. This type of system caused to that hot air return to the system when due to decrease energy dissipation about 60 percents.

This line contains a screen changer to elimination of impurities and waste materials. Replace of screen changer is done without shock or increase back pressure of head.

Other features of this line:

Because of quality rise and tolerance improvement in sheets, we have used a gear pump (melt pump) when having these instruments cause to stable the back pressure of head.

Die sheet width of 70270 cm is available as fish-tail dies which connect to extruder at angle of 45 degrease.

The other machine is calendar which has been designed with three supper polish roller diameter 500 mm,45 degree. Deriving force of rollers provided separately by motor and helical gearboxesand very easy sets film thickness between the rollers.

it contain rubbery rollers with high hardness for sheet pulling which works by motor gear box and has been equipped with pneumatic jack for roller raise and down. Silicon injector is installed on puller, to avoiding adhesion of PET sheets to eachother.

Winder with two jaws is able to change without stopping production. Jaws changing is done by motor gear box also driving force of air shaft is based on hydraulic mechanism.

This production line is controlled by PLC (Takmachin model) controller which all latest standard cases of extrusion lines were observed. 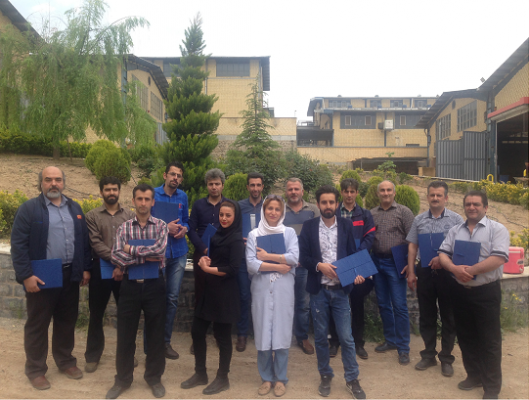 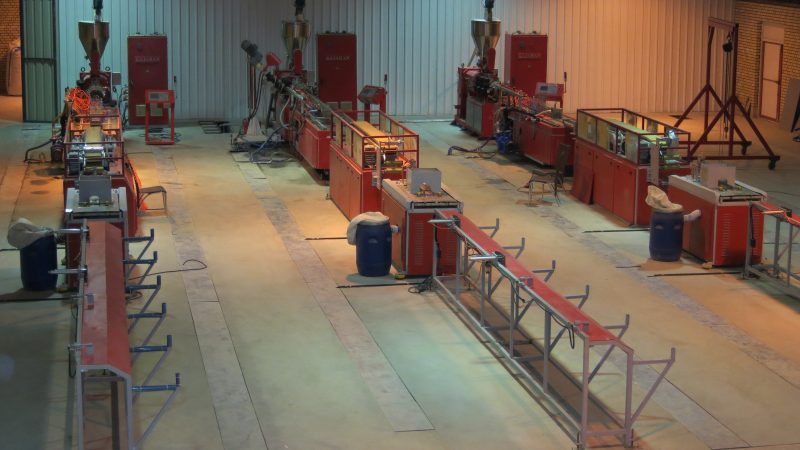 Kajaran Industrial Complex is a familiar name in Extruder and Polymer Industry which Initiated its work on New Year’s Day of 1375 under the management of Mr.Yeros Ebrahimi in the field of Variety of Extruder screws and barrels and Injections along with Hydraulic Jack production which then followed by Producing Single Screw Extruders in Size Range of 25-125.